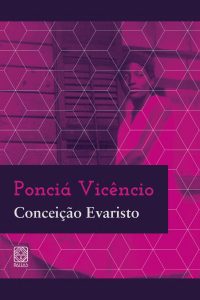 Conceição Evaristo was born in a slum in the south of Belo Horizonte. She had to reconcile her studies with work as a domestic worker, until she completed the Normal course in 1971, at the age of 25. She then moved to Rio de Janeiro, where she passed a public competition for teaching and studied Letters at UFRJ. In the 1980s, she came in contact with Grupo Quilombhoje. Debuted in literature in 1990, with works published in the "Cadernos Negros" series, published by the organization.

She holds a Master's degree in Brazilian Literature from PUC-Rio, and a PhD in Comparative Literature from Universidade Federal Fluminense. Her works, in particular the 2003 novel Ponciá Vicêncio, address themes such as racial, gender and class discrimination. The work was translated into English and published in the United States in 2007.