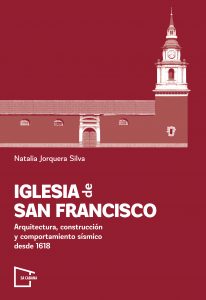 The San Francisco church, built between 1586 and 1618, in addition to being a recognized urban landmark and a witness of the evolution of the capital Santiago, is the building that has withstood the most earthquakes in Chile, despite being built with techniques today considered fragile . This book aims to explain what is based on the ability of this Church to resist so many earthquakes, investigating its construction history, analyzing its seismic behavior and ending in an epilogue that shows the archaeological vestiges found in the subsoil of the building, which opens a series of questions about what was in the place of San Francisco before the arrival of the Spaniards.