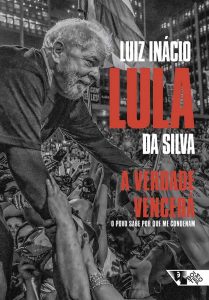 After 580 days in prison, hindered from participating in the 2018 presidential elections, in which he was a favorite, Luiz Inácio Lula da Silva, internationally known as Lula and former president of Brazil (from 2003 to 2011), received his freedom back. In this book, Lula reflects on his period of imprisonment and on various politics topics.