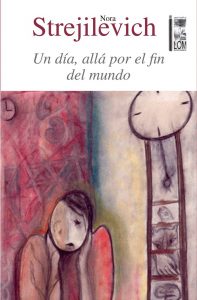 The journeys recounted here are linked to a single itinerary, as if an indelible ink were to grope the path that the character travels blindly. Each time the protagonist launches into the adventure (between countries, cities or a few streets), she does it thinking that she is avoiding something, that she is establishing an indispensable pause. Her premise is that pain demands and generates its protective layer: distance. And it seeks it out. But the longed  escape does not come, the plan fails again and again: what it evades reappears in unsuspected disguises. Nora tries to escape from a saturnine country that devours her children but, again and again, that scene and its folds are imposed again. However, from the reverse side of the plot (where the narrator puts together her story) the attempt to escape is seen as an encounter with a recognized dimension. The gaze reveals, in this case, that it is memory that refuses to be abandoned and that certain souls are destined to shelter it.

Nora Strejilevich (Buenos Aires, 1951) is an Argentine writer and university professor. Her life in exile took her, above all, to North America. Doctorate in Hispanic American Literature in Vancouver, Canada, and Professor Emeritus at San Diego State University. Her testimonial novel Una sola muerte numerosa (Letras de Oro Award for Hispanic Literature in the United States in 1996) was published in Argentina, Germany, United States, Italy and Spain, and was adapted for the theatre (Kennedy Centre Award, 2002). Her short stories, chronicles, interviews and articles appear in various literary magazines and books. The most recent are: Political Prison in Dictatorial Chile (Pehuén, 2016), From Emotional Immediacy to Historical Distance. El terrorismo de Estado 40 años después (Prometeo, 2016). Among her essays are El arte de no olvidar (2005) and El lugar del testigo: escritura y memoria (Lom 2019), awarded an Honorable Mention in the National Arts Fund Competition, Argentina, in 2017.